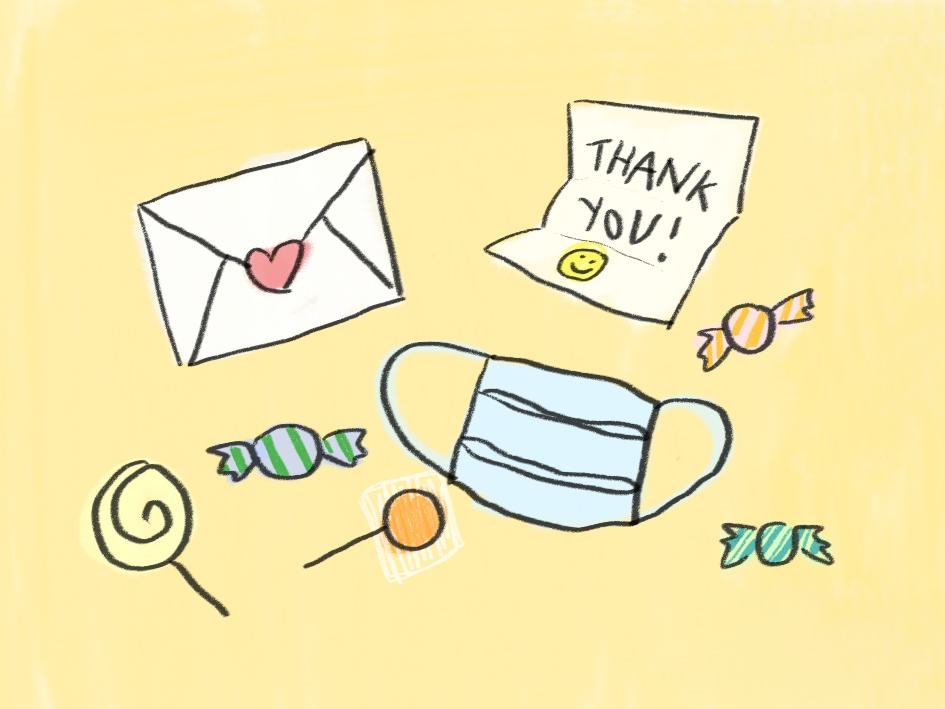 This story happened in March in Korea, when people were having hard time getting masks due to COVID-19. One day, a young man, likely in his 20s, put a yellow bag in front of the police station in Busan and ran away. There were 11 masks, some candy, and a letter inside of the bag. Through the letter, he introduced himself that he is a person with a mild intellectual disability who works near by and wanted to share masks that he got it from his company. And he said that he used to think that donations were something that only rich people could do, but while watching the news he couldn’t help but want to help too, so he had decided to take a leap of faith and leave what he could share there. And he even apologized that he could only share so little at the end of the letter.

The story of this young man’s donation touched the hearts of many people, and many soon began to follow his example.

The police officials working there expressed their gratitude for his warm heart, knowing it would not be easy for the young man to find a mask for himself during the shortage. And to join in on the young man’s cause, they decided to donate the mask they had, from donations they had received and some additional ones from their own stock, along with hand sanitizers to the welfare centers in their district.

As the story of the young man further spread across people, more of them visited the police office with donations of their own. One middle aged man donated 61 masks that he collected to use for himself to another police office in Busan and one woman hung a plastic bag containing 11 handmade cotton masks on the door of the police station then quickly disappeared.

Another anonymous person put 48 masks and instant food in front of the police office and left the message in letter saying: “This is all I’m capable of doing to help. Please stay strong.”

This young man who was so apologetic about his small donation, created a massive ripple across society.

Since I thought that most of you would’ve heard a lot of depressing news related to the virus, I wanted to share this beautiful story which allows us to feel people’s warm hearts. I want to say thank you to not only to iThinksew members but to all those people who are keeping a warm heart during these difficult times.

Return To Main
Comments
By Linda Friedrich on May 20

Good Morning & Happy World Bee Day! Thank you for sharing this story. You're right, the depressing news rises to the forefront. I'm really touched by the idea that the simple, small things matter. While feeling so helpless, it's good to be reminded that each of us can do one small thing. And, sometimes that changes everything. Kind of like sharing this story has changed my day... Thank you for the free mask patterns and the encouragement. Keep bringing the light into this darkness! -Linda in northern California

A beautiful story. Thanks for sharing it and sharing your mask patterns.

Wonderful story of goodwill- thank you for sharing. I've made a bunch of masks for several people and I want to thank you for the awesome mask patterns. I've been sewing the pocket mask and everyone comments on how comfortable they are to wear. Your patterns are the very best mask patterns on the internet.

Very sweet and touching story.  Thank you for taking your time to post such a positive message.