How to Assemble Neck Bias Facing? 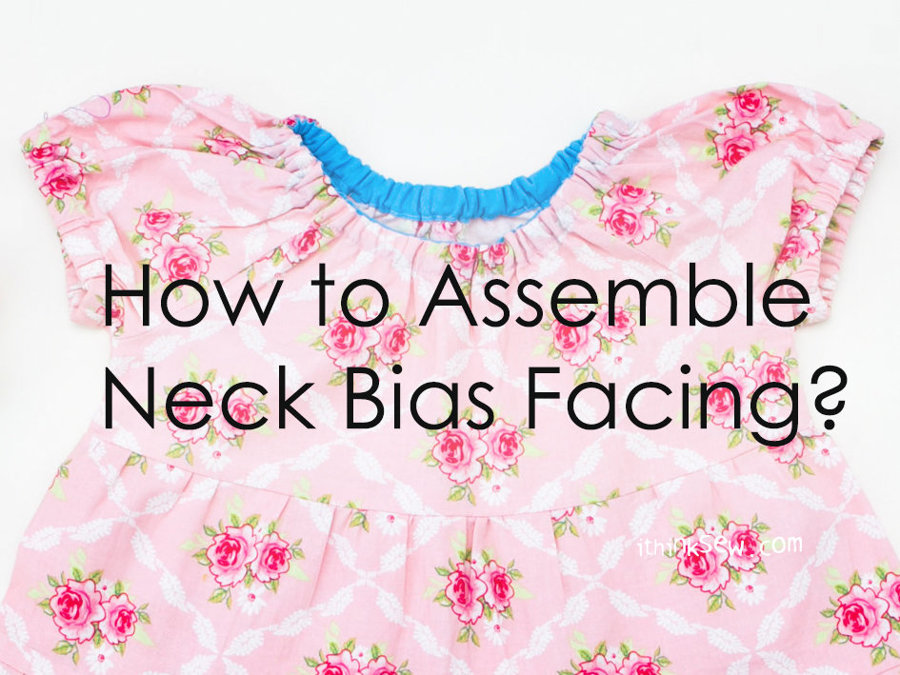 We’ll see how to assemble the bias in two different shapes.

One will be a bias facing the neck of the adorable baby dress and the other will be a bias binding the neck. First, we will try the bias facing. You'll use the same method as when you are tying the round neck circumference together. This was originally a raglan dress where a rubber band was put in the neck by using the facing as an elastic casing after facing the piece, but we will only go through how to do the facing here.

3. Clip the curved seam and press the seam downward.

4. Fold and press the bias toward the dress’s wrong side. Tuck the raw edge of the bias in half widthwise with wrong side facing.

5. Pin and sew all around the bias tape, close to the folded edge.

Inside this bias facing, an elastic band will be inserted through the opening, all around the neckline to make the gathers. After the elastic band is inserted the finished product will look like the following image.

Bias Part 2 -> How Much Fabric Do I Need to Make My Own Bias Tape?

How Much Fabric Do I Need to Make My Own Bias Tape? An Open Letter to the Year 2021
Comments (0)
Article search
Article archive
Popular article tags