How to Assemble Neck Bias Binding? 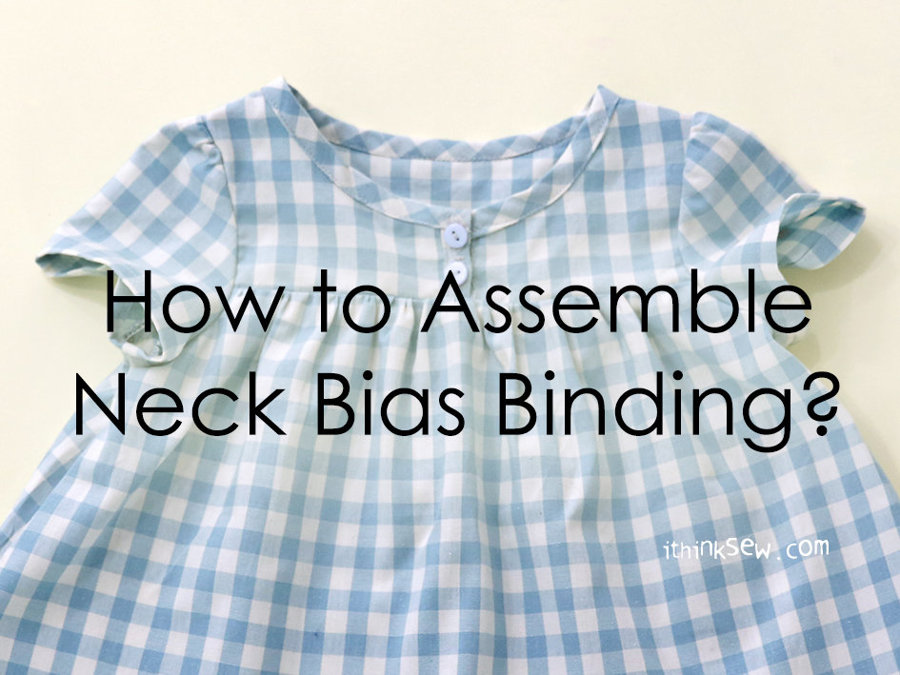 This time, let's see how to bind a cute blouse with an open front bias binding.

2. Align the folded short end with the edge of the placket, pin in place. Position the unfolded bias strip onto the neckline aligning the raw edge with the right side together. Pin the bias all around the neckline. Stitch around the neck line of the yoke and bias together, following the crease line. (around 3/8” wide).

3. Stop stitching close to the end, and trim any excess bias, leaving a 3/8" fold under.

5.  Fold over the neck bias along the stitch line. Then, fold over the bias again to the wrong side of the yoke along the center creased line encasing the neck line, and then fold and press the loose edge of the bias under. Topstitch all around the neckline, as close to the folded edge as possible.

We have so far looked at on how to use a bias tape and bias. But whatever method you use, just remember to use the bias for the joy of creating your own style in the way that suits you the most and the method that you feel most comfortable with.

Bias Part 2 -> How Much Fabric Do I Need to Make My Own Bias Tape?